Today, no one doubts that in the era of digital technologies, the innovative future of Russia and the worthy place of our country in the world are impossible without intellectual and technological breakthroughs.

We at Rospatent understand that the current progress is connected with inventors and their hard work, the desire to improve the quality of life of our citizens. The work of inventors should be highly paid, they should have material motivation.

In order to popularize the sphere of intellectual property and the activities of the Federal Service for Intellectual Property and subordinate institutions, representatives of Rospatent and FIPS participate in socially significant events at the international, federal and regional levels.

In 2021, the project "The Best Inventions of Russia of the XXI century" was implemented for the first time, aimed at popularizing science, presenting to society, and especially to young people, information about the results of intellectual activity that determine the leading role of our country in the development of science and technology.

Today, within the framework of the Salon, a presentation of the project's patent laureates took place, where you could get acquainted in more detail with inventions in the field of chemistry, physics and medicine.

The holders of the "Successful Patent of the Year" will receive a Diploma from Rospatent
and a certificate for training in FIPS for advanced training programs.

So, since January 17, 2021, the possibility of issuing electronic patents and certificates has appeared. Applicants can also submit three-dimensional models as part of applications for state registration of intellectual property objects (inventions, utility models, industrial designs and trademarks).

Since August 1, 2021, the law on outsourcing of patent examination has been in force. Now, in order to conduct a preliminary information search and a preliminary assessment of the patentability of the claimed invention and utility model, applicants can apply to an organization accredited by Rospatent. Thanks to the involvement of industry specialists in a specific field of science and technology, we expect to improve the quality and reliability of patents issued.

On January 1, 2022, a new procedure for the distribution of rights to RID created under a state contract between the state, participants in state contracts and other third parties came into effect. The amendments are aimed at stimulating performers and other participants of the state contract to create and identify protectable RID, ensuring their legal protection and involving the rights to them in economic and civil turnover.

As a follow-up to this initiative, a second package of regulatory measures aimed at stimulating the turnover of intellectual property rights has been prepared. Among the key initiatives:


In addition, it is planned to amend certain legislative acts of the Russian Federation to simplify and streamline access to protected works through digital services and platforms, including state ones.

Dear participants of the International Salon "Archimedes"! Your active participation in the life of the country helps to take confident steps on the way to achieving the most ambitious aspirations on a daily basis. I wish you further success! 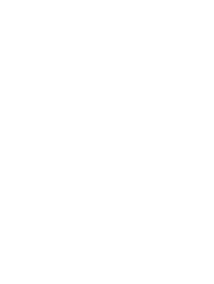